Thursday, September 20:  all of the large-market-cap cryptocurrencies are in the green today, posting solid gains across the board, as data from Coin360shows. 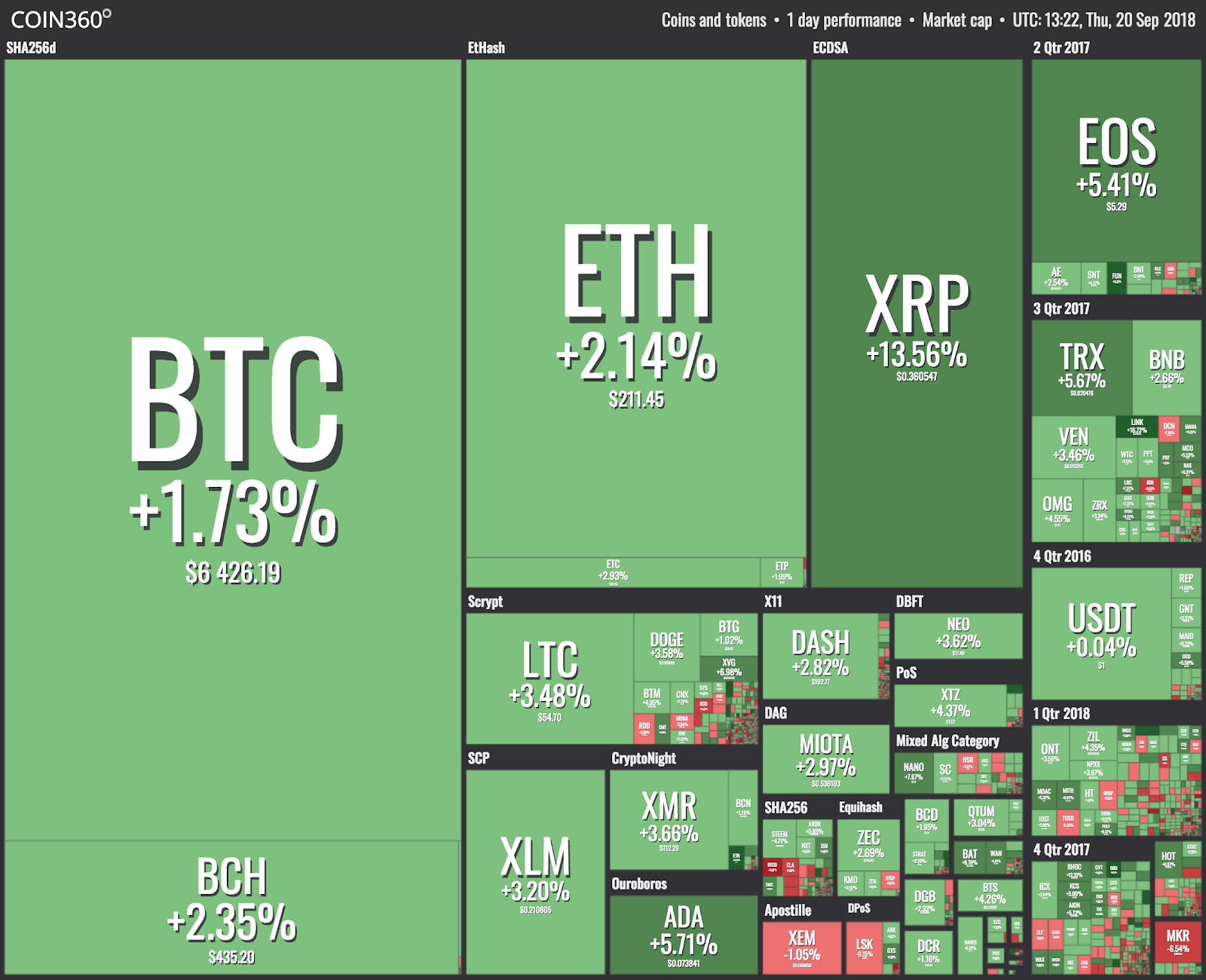 Market visualization from Coin360
After a volatile quarter, Bitcoin (BTC) rebounded past the $6,400 mark yesterday night, hitting as high as $6,450 before slyding slightly and then trading sideways to seal its current trading price of $6,410. Bitcoin’s 24-hour growth is at 1.8 percent, according to Cointelegraph’s Bitcoin Price Index. 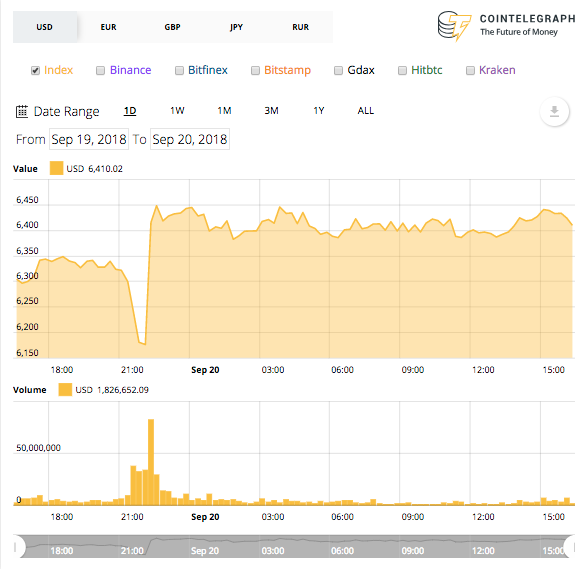 Bitcoin’s 7-day price chart. S​ource: Cointelegraph Bitcoin Price Index
After taking a price hit earlier this week, Ethereum (ETH) has seen a couple of days of gradual recovery, and is up a solid 2.6 percent on the day to trade at $211 at press time. The altcoin nonetheless remains shy of its intra-week high at around $225 September 15.
On its weekly chart, Ethereum is up a strong 16 percent, with monthly losses closed down to around 29.15 percent. 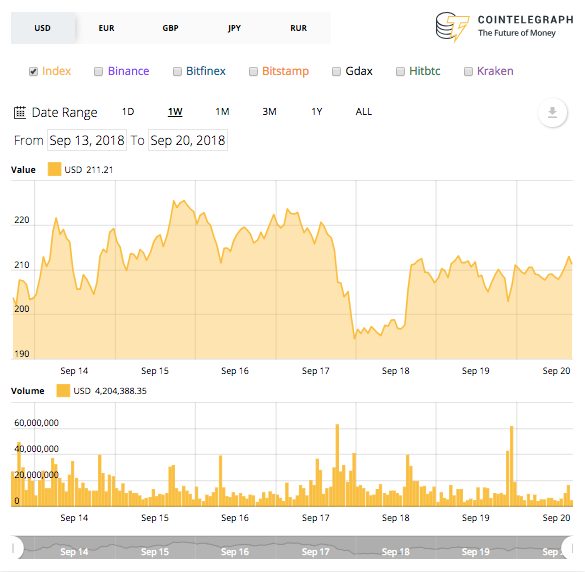 Ethereum’s 7-day price chart. Source: Cointelegraph's Ethereum Price Index
Ripple (XRP), ranked 3rd largest crypto on CoinMarketCap, has skyrocketed past other coins to post a striking 15.3 percentage gain on the day to trade at $0.36, according to Cointelegraph's Ripple Price Index. Ripple’s major uptick kicked in September 18, and after a couple of days of consolidation the asset has seen a second major upswing today.
Bullish news for the asset this week has included hints that the firm has been making strides toward the launch of its liquidity solution xRapid, which could be set to launch “within a month or so.” Yesterday, PNC, which is ranked among the top ten U.S. banks, revealed it will be using RippleNet to process international payments for its customers. and these makes them part of the big names in crypto space to indicate possibilities in working closely with Ripple(XPR). 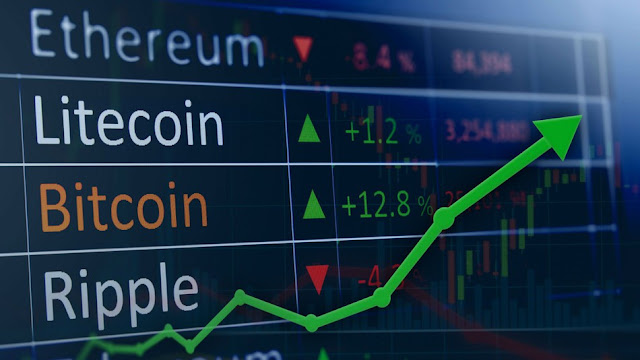 You want to say big financial firms are already seeing the future and are aligning themselves to be relevant in the new digital money revolution. howbeit some persons still discard the possibilities that the cryptocurrency and blockchain technology holds.
source:https://cointelegraph.com/news/ripple-soars-as-wider-crypto-markets-see-flush-of-green