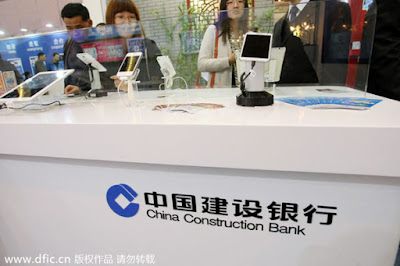 The news comes after CCB officially released the second version of its blockchain trading platform in October. Dubbed BCTrade 2.0, the product reportedly reached $50 billion in cumulative transaction volume. According to sources, China Construction Bank blockchain trading financial platform reportedly facilitated domestic letters of credit, forfaiting, international factoring as well as refactoring.
By applying BCTrade, CCB, one of the "big four" banks in the People's Republic of China, enables digitization of trade and financial services between more than 54 domestic and foreign institutions, including a number of state-run and foreign banks, as reported by cointelegraph.com

China Construction Bank's efforts in towards blockchain services first came public alongside a report on the Bank of China issuing $2.8 billion in blockchain-based special financial bonds for small and micro-enterprises. As originally reported by Sina Finance, the funds are specifically used to issue loans to these Chinese small and micro-sized companies to support their continued development in the economy.
Apparently, The China’s central bank, is reportedly planning to launch a digital token to challenge the United States dollar.
Apparently, the Chinese government has thrown support for the blockchain industry following a statement made by the president  X Jinping two months ago. he encouraged every institution across the country to take advantage exploring the opportunities in the industry for the benefit of the nation.