Katie Haun: Money Likely To Be Digital in 10 Years. 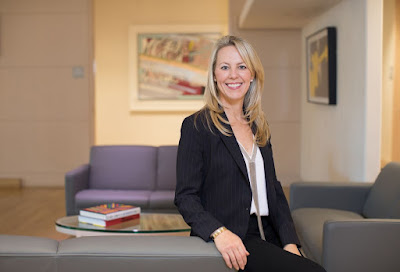 It is no longer news that money has gone digital. with the cashless policy being operated by many nations transcending to the use of credit cards, bank-apps, short transaction codes and most recently the cryptocurrency. apparently the world is already experiencing and transacting money digitally with new innovations in fin-techs springing up everyday.
With the recent development in the industry especially with the conversation going on around cryptocurrency most experts have come up with various predictions and forecast.
Recently, Katie Haun, a general partner at Andreessen Horowitz, a venture capital firm in Silicon Valley, California, that backs bold entrepreneurs building the future through technology. Stated that in 10 years money will be digital, the same way books and music are today and that efforts such as facebooks' Libra which the venture-capital firm has invested in, will be key to getting there.
There will be other entrants in this category,” Haun said. “Fundamentally everybody on the planet has a need to transfer value.”
While many venture-capital firms remain wary of crypto, Andreessen has recently started a second, $515 million fund, which Haun co-manages, that’s investing in cryptocurrencies and blockchain projects. She serves on the boards of companies including digital exchange Coinbase Inc. Before joining Andreessen in 2018, Haun spent a decade as a federal prosecutor focusing on fraud, cyber and corporate crime, and was involved in untangling the Mt Gox crypto exchange collapse.

excerpt of the interview...

It’s going to resemble the path of a lot of other things in the physical world that have moved to digital. We think we already have that in services like Venmo and PayPal, but in reality that relies on physical banks’ IOUs. In 10 years, the actual bits and bytes are going to be bearer instruments.
Imagine what books used to look like and what they now look like. What cassette tapes used to look like and what music now looks like. You are going to be able to mix things in very different ways and consume things in very different ways.


Who will be the corporate winners and losers of this transformation?

One of the biggest class of winners will be consumers, not necessarily a corporate group. All of a sudden people can do things without the middlemen, without the corporations. Corporations that are going to embrace this new future of money and build new services on top of things will win. Consumers still need nice user interfaces and constant improvements various platforms.

With that in mind, what are you investing in with your crypto funds?

One of our six categories is picks and shovels companies like exchanges and custodians, big companies like Coinbase and Anchorage. Another is a modern store of value like Bitcoin. We think it can be a nice long-term store of value. The longer it’s around, the more its reputation is built. The third category is what we call Internet money, and this is building off the idea of Bitcoin but it’s solving for limitations of Bitcoin. Here you’ve seen us make investments in projects like Celo and Libra. And we think there will be other entrants in this category.

What’s the timing for Libra and similar projects?


And that is also true of Libra. They’ve had a great technological breakthrough, but it’s not yet ready for prime time, but it’s getting there. And you can’t put it into the hands of the public until it’s ready and performing.

How many Libra-like projects will be duking it out, do you think?

I can look at some parallels in traditional financial services. We see an opportunity for a new financial network. It’s not necessarily akin to a Visa or Alipay, because those are more limited, only people connected to these systems through their bank accounts can use them. We think of this internet money category as Visa 2.0.

Why are you not investing in competitors to Bitcoin rival Ethereum -- do you not believe in it?

Why do you see a lot of promise in blockchain games?

It’s a huge and evolving market, gaming is bigger than the film and the music industries combined. Content creators and publishers are long used to experimenting with new business ideas. At the same time a large percentage of gaming revenues come from in-app purchases. All of a sudden if you think of crypto as a way for you to have digital goods that are truly scarce that the gamer actually owns, and can transfer to another game -- all kinds of possibilities are unlocked.

There seems to be relatively few Venture Capitals investing in this space now. Why, and will that change?

It’s a real commitment. You need to have a dedicated focus on crypto in order to do this because there’s so much change and so many opportunities. We are starting to see some of the more traditional venture-capital funds starting to enter into crypto. Because of regulatory considerations, a lot of them can’t hold tokens unless they register as registered investment advisors (RIAs). And tokens are where it’s at right now, and where it’s going. There are fewer and fewer deals in crypto that are pure equity deals.