70 million merchants Will be Able to spend crypto: Visa CEO 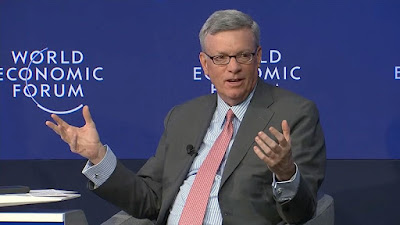 Speaking on Fortune’s Leadership Next podcast on March 16, Visa CEO Al Kelly said the payment processing giant intends to bring Bitcoin onto the Visa network, making it easy for customers to spend and buy with their cryptocurrency.

“We’re trying to do two things,” Kelly said. “One is to enable the purchase of bitcoin on Visa credentials.” The second, is “working with bitcoin wallets to allow bitcoin to be translated into a fiat currency” that can be immediately “used at any of the 70 million places around the world where Visa is accepted.”

"The company’s goal, is to preserve its intermediary role as digital assets see mainstream adoption". - Kelly,

But then, this is the issue Nakamoto wanted to address with the development of the bitcoin cryptogarphy, in efforts to eliminate third party interference in financial transactions.

The very first sentence of the Bitcoin whitepaper describes it as “a purely peer-to-peer version of electronic cash would allow online payments to be sent directly from one party to another without going through a financial institution.”

In the podcast, Kelly said that along with Bitcoin, Visa would focus on stable-coins, saying that he believes there is “a strong potential for those to become a new payment vehicle.”

Stable-coins, he continued, “are currencies that are fiat-backed, but we’re allowing this translation, if you will, into a fiat currency and in a wallet where there’s a Visa card.”

Which means that to the customer, a stable coin- or Bitcoin-capable Visa card can be used to pay for goods and services with stable-coins or crypto. But the merchant will only see a fiat payment.

To make this happen Kelly said Visa has partnered with about 35 cryptocurrency companies.

On the flip side, in February, Visa partnered with First Boulevard, an online bank focused on financial empowerment in the Black community, to test a Visa-built API that would offer customers the ability to buy, hold, and trade digital assets from within the bank’s own website or app.

Visa’s announcement comes about a month after Mastercard revealed plans to support some cryptocurrencies directly on its network—paving the way for consumer-to-merchant transactions using digital assets.

To a certain extent, Mastercard had no alternative but to act, saidRaj Dhamodharan, the company’s executive vice president of blockchain and digital asset products. He said:

“Whatever your opinions on cryptocurrencies—from a dyed-in-wool fanatic to utter skeptic— the fact remains that these digital assets are becoming a more important part of the payments world.”

Mastercard acknowledged that the rollout of support for cryptocurrencies will involve a substantial amount of work, not least because of concerns over regulatory compliance and consumer protection.