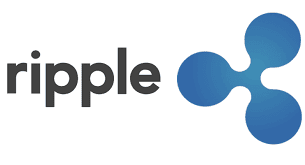 Brad Garlinghouse Ripple CEO announced on March 9, that the company has ended its lawsuit against Youtube for the alleged XRP giveaway Scams.

In April 2020, a lawsuit was filed by Ripple and Garlinghouse against Youtube LLC. Claiming that the platform benefited from the fraudulent activity, and it failed to exercise administrative powers to hinder it.

“Last year, @Ripple and I sued @YouTube for failing to enforce its own policies by allowing fake accounts (impersonating my/Ripple’s verified accounts) to conduct XRP giveaway scams. We’ve now come to a resolution to work together to prevent, detect and take down these scams.”

The scams made use of Spear-phishing attacks, a users account was used to commandeer and it's content erased. The account would then be set up to look like a known cryptocurrency figure, Such as Garlinghouse himself. A fake XRP giveaway would then be launched, which raised funds between 5,000 and 1,000,000 XRP from users promising to double the amount in return to them.

The allegations made by Ripple and Garlinghouse is that youtube benefited from the Scam Since it continued to run adverts on the fraudulent videos in question.

“Social platforms are starting to acknowledge their role in allowing crypto scams to persist and recognize the need to be part of the solution. Some like @xrpforensics are helping detect/track stolen funds, but platforms need to lead the charge or it’s still just whack-a-mole.”Says Garlinghouse.

The settlement between Ripple and youtube remains confidential according to Garlinghouse, accountability and transparency are required now that the national government are observing the cryptocurrency space closely...

The investigation is still on by the United States Securities and Exchange Commission (SEC)for an alleged violation of the securities act. The SEC claims Ripple neglected it's proper registration yet facilitated Over $1.3 billion worth of sales to investors.