WHAT YOU NEED TO KNOW ABOUT  NON FUNGIBLE TOKENS 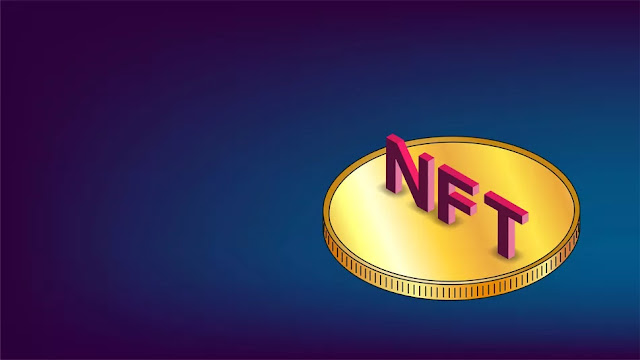 NFTs (or "non-fungible tokens") are a kind of digital asset with a unique kind of token-unlike other assets like bitcoin and dollar bills which have a particular and fixed amount that is accepted by all, NTFS have a unique price for every token. Every NFT is Unique, they can be used to authenticate ownership of digital assets like musical records, artwork, virtual real estates and pets.

NFTs could be likened to a kind of certificate of authenticity for digital artefacts. They're are actually been used to sell a huge range of collectables currently including:

*A tweet by Dallas Mavericks owner and entrepreneur Mark Cuban.

*Virtual real Estate in a place called Decentraland and others...

As other digital assets like Bitcoin and other cryptos has grown in popularity over the years, NFTs have also soared — growing to an estimated $338 million in 2020. Each NFT is stored on an open blockchain (often Ethereum’s) and anyone interested can track them as they’re created, sold, and resold. Because they use smart contract technology, NFTs can be set up so that the original artist continues to earn a percentage of all subsequent sales.

Along the way, NFTs have raised fascinating philosophical questions about the nature of ownership. Wondering why digital artefacts that can be endlessly copied and pasted have any value at all? Proponents would point out that most kinds of collecting aren’t based on inherent value. Old comic books were produced for pennies’ worth of ink and paper. Rare sneakers are often made out of the same materials as worthless ones. Some paintings hang in the Louvre, others end up in thrift shops.

As the collector who sold the $6.6 million Beeple piece noted, you can take a nice picture of the Mona Lisa, but it’s not the Mona Lisa. “It doesn’t have any value because it doesn’t have the provenance or the history of the work,” said the Beeple fan. “The reality here is that this is very, very valuable because of who is behind it.”

The Erc20 standard allows anyone to create a token compatible with the Ethereum blockchain. Those are "fungible" tokens. Mostly non-fungible tokens are built using the ERC-721 and ERC-1155 standards, which allow creators to issue unique cryptoassets through smart contracts. Being that each NFT is stored on a blockchain, there is an immutable record starting with the token's creation and including every sale.

People usually display their digital artworks on large monitors. you can also buy virtual real estates through NFTs, which can be used to build virtual gallery or museums.

You can also explore virtual worlds like decentraland and look at other peoples collections. For some people, the appeal is in the buying and selling- much like any other asset class.

However, more mainstream artists are involved in the space right now particularly from the music world. Recently, Nashville band Kings of Leon announced their next album which will arrive in form of NTFS. According to them when a fan buys, various perks will be unlocked like alternate cover art, Limited-edition vinyl, and even a "golden ticket" to concerts.

April 01, 2021
Pick a niche The Blockchain and Crypto space is large and full of opportunities. Most people limit the industry to just a place to trade and make quick cash little do they know that you can actually build a career and achieve much more. There's a lot of skills required in blockchain technology. Firstly, you can become a trader, a day time trader or night trade it all depends on your schedule. You can actually make 10 to 20% of your capital daily or even more depending on the volume of your capital and trading strategy. you can become an investor who spots good coins and invests in a project you believe will do well, you can hodl, meaning you can buy and hold for short or long term period.  OTC trading is actually underrated, you can become an over the counter trader by just buying and selling cryptocurrency through the P2P Platforms or escrow groups, there's a lot of money to be made here if you move volumes on a daily. You can become an expert in technical analysis and give
Post a Comment
Read more