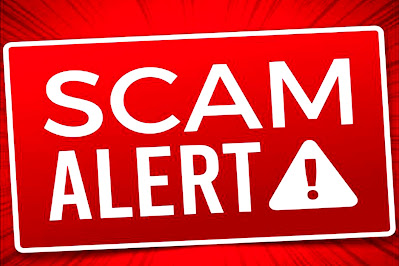 A fake Ledger substitution have been sent by scammers to people who use Ledger devices, their purpose to rob them off their digital asset.

This particular act has become a major challenge to all those using this popular hardware wallet. Users complained of getting fake Ledger substitution devices with the sole aim of taking their cryptocurrencies.

Ledger was established in 2014 and it came about a type of hardware wallet where investors hoard their cryptocurrencies offline. The company has experienced a notable increase particularly after the latest burst in price.

Nevertheless, the growth of cryptocurrencies attracted scammers and Ledger has faced few disputable security violations which might result to lawful measures in opposition to the company.

Scammers has taken upper hand of the violations by devising a new method. It was recently reported that a Reddit user lamented of been sent a brand new Ledger Nano X device looking exactly like the original one through an email. The mail carried a letter made up of spelling and linguistic mistakes.

“For this reason for security purposes, we have sent you a new device you must switch to a new device to stay safe. There is a manual inside your new box you can read that to learn how to set up your new device. For this reason, we have changed our device structure. We now guarantee that this kind of breach will never happen again.” – reads the fake letter.

One More Set Out To Embezzle Digital Assets.

A security expert talked to Bleeping Computer on the dissimilarities between the authentic Ledger and the fake one that was sent.

He further elaborated that the perpetrators included a flash drive and joined it to the USB connector. He assumes the new extras are “with the aim to be for some kind of malware delivery.”

Not forgetting that the instructions delivered by the customers tell the victim to link the fake Ledger and input the recovery phase, it’s believed that they had intentions of stealing the digital assets.

Furthermore, this shows how vital it is for crypto investors to know how to store their cryptocurrencies properly.